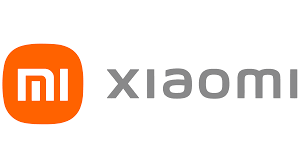 Consumer electronics and smart manufacturing company Xiaomi Corporation  has been given top rating for its IoT security by the Internet of Things Security Foundation (IoTSF).

Xiaomi participated in the IoTSF 2021 Virtual Conference, a global event on November 3 and 4 that focused on IoT cybersecurity. Xiaomi, which as the world’s largest consumer AIoT platform, shared its insights on IoT security. During the event, IoTSF released a report which showed that Xiaomi is among the best companies implementing vulnerability disclosure policies. The report once again demonstrates Xiaomi’s leading position in IoT security.

IoTSF was formed in 2015 in response to growing threats to IoT applications. IoTSF has more than 100 members, including ARM, Cisco, BSI, Mastercard and Xiaomi, all of which are eager to find ways to protect IoT security. The IoTSF 2021 Virtual Conference was the seventh annual conference held by IoTSF. Delegates from various companies, institutions, and organizations discussed IoT security issues, and shared the latest researches and pioneering practices for building a safe, reliable and trustworthy IoT ecosystem.

IoTSF released the Contemporary Use of Vulnerability Disclosure Report, which detailed the disclosure policies of various technology companies. Xiaomi was on the “Green List”, which are companies that not only meet the basic requirements but also meet the extended threshold test of IoTSF. According to the report, there are 20 other companies from around the world that have also successfully got into the Green List of the report along with Xiaomi, including Google, Microsoft, Siemens, Bosch, LG, and Panasonic, etc.

Xiaomi Corporation, founded in April 2010, is a consumer electronics and smart manufacturing company with smartphones and smart hardware connected by an IoT platform at its core.

Xiaomi is one of the world’s leading smartphone companies. The company’s market share in terms of smartphone shipments ranked No. 3 globally in the third quarter of 2021. The company has also established the world’s leading consumer AIoT (AI+IoT) platform, with 374.5 million smart devices connected to its platform as of June 30, 2021, excluding smartphones and laptops. Xiaomi products are present in more than 100 countries and regions around the world. In August 2021, the company made the Fortune Global 500 list for the third time, ranking 338th, up 84 places compared to 2020.