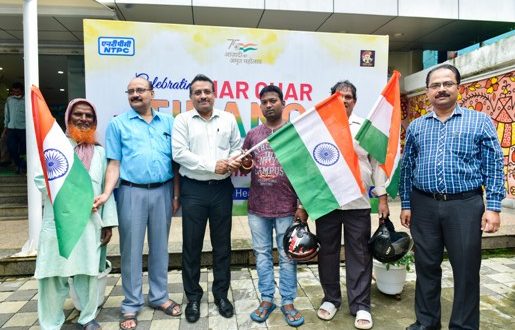 The program was organised on Saturday under the guidance of Regional Executive Director (Coal Mining) Partha Mazumder.

Employees of NTPC Coal Mining Headquarters actively participated in hoisting the National Flag at their respective homes to commemorate the “Azadi Ka Amrit Mahotsav”. The employees also registered on www.harghartiranga.com to pin the Indian Flag with selfie pictures to celebrate the “Har Ghar Tiranga” spirit.

The idea behind the initiative is to invoke the feeling of patriotism in the hearts of the people to remember the contribution made by our freedom fighters for India’s Independence and to promote awareness about the Indian National Flag.