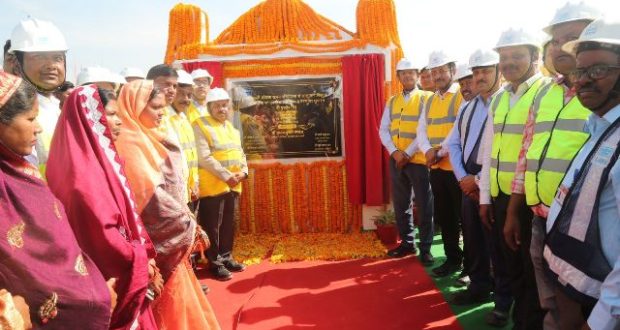 State-owned NTPC on Tuesday said it has begun dispatching coal through rakes from its Talaipalli Mine to Lara Super Thermal Power Project (LSTPP) in Chhattisgarh.

The track length from Talaipalli to Lara is 65 kilometres.

This 65-Km long MGR, an engineering marvel, passes through many villages in hilly terrain and through forest areas. With this rake dispatch through MGR, NTPC will be able to maintain smooth and eco-friendly coal transportation from its captive mines to its power stations in an uninterrupted way.

On this occasion, the NTPC Chairman and Managing Director congratulated all from NTPC and its associates, villagers and village leaders, state and District Administration for making this happen.

The CMD urged Team Talaipalli to ensure the targeted coal production for the current financial year.

During an intraction with the young executives, Singh deliberated on multiple subjects e.g. technical, professional, training, safety, environment, and sustainability. Young executives were encouraged to take on the challenges and to work towards achieving the goals of the company, focusing on the environment and safety as a priority.

Later, senior officials also visited the mine to review the progress of the operations in the South Pit extension and the recently established West Pit. They also interacted with the mining agencies and took stock of the ongoing activities. Emphasis was given on the need for an early start to sustainable coal production from the pits.