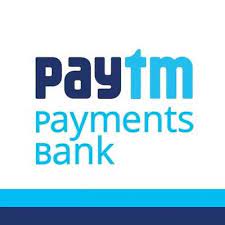 Paytm Payments Bank has gained Reserve Bank of India approval to function as a scheduled payments bank, it said on Thursday, helping it to widen its financial services operations.

Paytm Payments Bank, a niche bank that cannot lend on its own, had more than 64 million savings accounts and over Rs 5,200 crore ($688.5 million) deposits, including savings accounts, current accounts and fixed deposits with partner banks at the end of March this year, reported Reuters.

Satish Kumar Gupta, MD & CEO of Paytm Payments Bank Ltd. said, “It is our constant endeavour to bring better banking services for Indians to drive financial inclusion in the country. We have witnessed a fast adoption of digital banking services, with users appreciating the new era of banking in India. The inclusion of Paytm Payments Bank in the Second Schedule to the Reserve Bank of India Act, 1934, will help us innovate further and bring more financial services and products to the underserved and unserved population in India.”

Paytm Payments Bank has emerged as one of the largest enablers of digital payments in the country with its payment instruments like Paytm Wallet, Paytm FASTag, net banking and Paytm UPI. The bank powers 33.3 crore Paytm Wallets and enables consumers to make payments at over 87,000 online merchants and 2.11 crore in-store merchants.

Over 15.5 crore Paytm UPI handles have been created and are used to make and receive payments with Paytm Payments Bank being the largest beneficiary bank and one of the top remitter banks for UPI transactions in the country. In the last fiscal year, the bank has also become the largest issuer and acquirer of FASTags in the country.

Recently, Paytm Payments bank emerged as one of the most successful digital banks operating in the Asia Pacific (APAC) region. In its report titled ‘Emerging Challengers and Incumbent Operators Battle for Asia Pacific’s Digital Banking Opportunity’, the Boston Consulting Group (BCG) has listed PPBL among the Top 10 digital challenger banks in the region that are profitable and have witnessed significant growth over the past years. Paytm Payment Bank Ltd was the only Indian digital bank on the list.