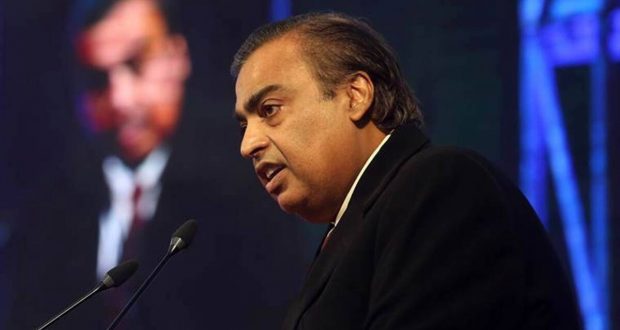 Reliance will establish at least 100GW of solar energy by 2030: Mukesh Ambani

Reliance Industries Chairman Mukesh Ambani has said that he is convinced that climate change is an opportunity for human civilisation to renew itself in the 21st Century. Speaking at the International Climate Summit 2021, he said that this opportunity for civilizational renewal will be realised by New and Renewable Energy. If Old Energy created the problem of Climate Change, New Energy would provide a reliable solution to Climate Mitigation, he added.

Asserting that the New Green Revolution has already begun in India which will help make India self-sufficient in energy production, he stated that it is a matter of great pride for all of us that India has now achieved a major milestone of 100 gigawatts installed renewable energy.

Citing that Prime Minister Narendra Modi has set the goal to reach 450GW of renewable energy capacity by 2030, Ambani asserted that out of this, Reliance will establish and enable at least 100GW of solar energy by 2030.

Sharing his perspectives on how India can become a global leader in Green Energy Revolution in the years to come, Ambani said the Indian subcontinent is truly blessed by Soorya Deva, Vayu Deva and other gods with abundant renewable energy resources. Taking advantage of over 300 sunny days in a year, India can easily generate over 1,000 GW of solar energy on just 0.5% of our land, he added. By investing in smart, two-way grids, micro-grids, efficient storage solutions and smart meters, we can enable individuals, communities and neighbourhoods to become both consumers and producers of energy.

Reiterating his last year’s announcement of the ambitious commitment to make Reliance a net carbon zero company by 2035, he stated that Reliance has started developing the Dhirubhai Ambani Green Energy Giga Complex over 5,000 acres in Jamnagar, which will be amongst the largest integrated renewable energy manufacturing facilities in the world. This complex will have four Giga Factories, which cover the entire spectrum of renewable energy. The first will be an integrated solar photovoltaic module factory. The second will be an advanced energy storage battery factory. The third will be an electrolyser factory for the production of Green Hydrogen. The fourth will be a fuel cell factory for converting hydrogen into motive and stationary power. Over the next three years Reliance will invest 75,000 crore rupees in these initiatives. Reliance will thus create and offer a fully integrated, end-to-end renewables energy ecosystem to India and Indians.