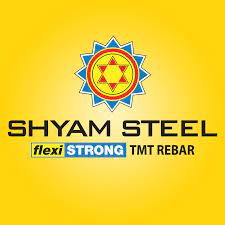 Shyam Steel, one of the leading producers and manufacturers of primary TMT bars, on Monday announced major plan to expand its retail operations across North India and the NCR region. The company plans to undertake investments of around Rs 2500 crore in brownfield and greenfield projects to expand its production capacity. North India has huge growth potential for the steel sector, and Shyam Steel will aim to be one of the leaders in the primary TMT bar segment across the region.

Commenting on the development, Lalit Beriwala, Director, Shyam Steel Manufacturing Limited, said, “We are on a major expansion drive to revamp our retail business operations across North India. We will be expanding our dealer distribution network across Delhi, Punjab, Haryana, Jammu & Kashmir, Himachal Pradesh, Rajasthan, and the NCR region. We are also looking to expand our production capacity from 0.7 million tonnes a year to 1.35 million tonnes a year in the next four years’ time to cater to the demands in the North India market.”

Currently, Shyam Steel has a production capacity of 0.7 million tonnes a year, and by April 2023, it plans to expand its capacity to 1 million tonnes a year. For this, the company is currently undertaking major brownfield investments of around INR 1000 crore in their state-of-the-art integrated steel plant in Mejia, Durgapur. The expansion work for the plant will be completed by April 2023.

Shyam Steel is planning to invest another Rs 1500 crore in its greenfield plant in West Bengal. The company has already acquired 600 acres of land in Raghunathpur, Purulia, and the work for the project will commence shortly. The plant will have a production capacity of 0.35 million tonnes per year and it will be fully operational by September 2025. The company reported a turnover of INR 4500 crore in the last fiscal year and will be looking to double it to INR 9000 crore in the next three years’ time.

“We have done an extensive survey across North India in the last six months and have found that there is a huge potential and demand for good quality TMT bars. We want to give our dealers the same quality of TMT bars that are used in the big infrastructure projects, and our team is conducting awareness drives for the dealers across North India to make them aware of the need to use good quality TMT products. Shyam Steel Apna Ghar app will also be an added advantage for us to actively engage with our target audience and business partners,” added Beriwala.

The group has four state-of-the-art integrated steel plants located in Durgapur, Mejia, Bamunara, and Howrah. Shyam Steel has emerged as a steel giant with its presence firmly placed in the infrastructure segments including Indian Railways, Defense, Ports, Roads & Highways, Airports, Energy and other key areas of national importance.

2022-09-05
admin
Previous: Fastest and fifth largest: India’s economy is unstoppable
Next: Margin pressure to ease for steel makers in H2FY23