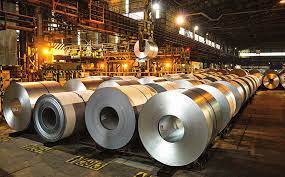 This is as per a CRISIL study of five stressed steel capacities, totalling 21 million tonne (MT), which were acquired under NCLT-1, mostly by other primary steel producers. These assets accounted for 70% of total financial claims resolved or liquidated under IBC in the steel sector till March 31, 2021.

For acquirers, while the debt inherited via acquisition became sustainable after the haircuts, a turnaround in operational performance led by improved efficiency was the key for a reasonable payback period of around six years, given average domestic steel prices of Rs 39,000 per tonne in fiscal 2018.

Expectedly, the acquirers have been able to turn these capacities around — utilisation rates improved from 65% in fiscal 2018 to more than 80% by the end of fiscal 2021 — riding on operational debottlenecking, improved raw material sourcing, access to working capital and strong managerial oversight.

A bigger boost, though, has come from the current steel upcycle. Global steel prices have rallied strongly driven by strong demand and higher iron ore input costs due to supply tightness. Domestic steel prices, which are driven by the landed cost of imports, have also witnessed a similar surge – at 15% higher in fiscal 2021 compared with fiscal 2018.

“Although domestic iron ore prices have increased, a combination of higher steel prices and better utilisation rates, with operational debottlenecking lifted operating margins for the acquired assets from 13% in fiscal 2018 to 22% last fiscal. This is expected to be even stronger at 30% this fiscal,” said Manish Gupta, Senior Director, CRISIL Ratings.

Crucially, despite some moderation, global prices could remain well above 2018 levels even next year. That is primarily due to China’s continued focus on reducing carbon emissions, which should keep a leash on global steel supply. The upshot of all this is that paybacks for acquirers of the stressed assets will reduce by up to 20%, from around 6 years to less than 5 years.

The estimate factors in only the current capacities. The acquired assets also have brownfield potential to almost double their existing capacities of 21 MT, which could get kick-started over next 1-2 years given strong demand outlook. This will be in addition to the ongoing brownfield capacity expansion plans by the acquirers.

“Fortunately for the steel sector, the pandemic has not derailed demand much. Last fiscal, after a washout in the first quarter, there was a ‘V’ shaped recovery that limited the decline in domestic demand to 6% for the year. This fiscal may see a robust 10-12% demand growth, led by the auto and infrastructure segments and higher exports. The medium-term prospects remain strong, too, with estimated compound annual growth rate of 6-7% for fiscals 2022-25,” said Naveen Vaidyanathan, Associate Director, CRISIL Ratings.

Given the cyclical nature of steel prices, however, this remains the key risk as well. Weaker-than-expected global steel demand and lower supply curtailments from China would bear watching in the road ahead.