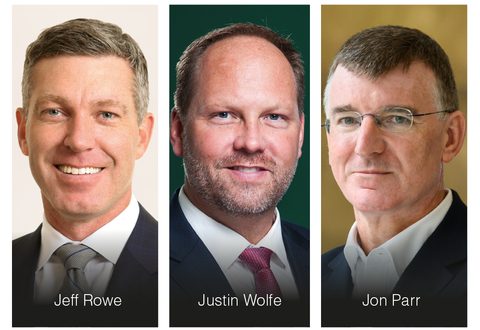 Syngenta Group on Friday announced succession plans for its leadership team. Jeff Rowe, currently President, Global Seeds, will take over the leadership of Syngenta Crop Protection, effective July 1, 2022. His former role will be assumed by Justin Wolfe, currently Regional Director North America Seeds. As members of the Group Leadership Team, the two will report to CEO Erik Fyrwald. Jeff will relocate to Basel, Switzerland; Justin will continue to be based in Downers Grove, Illinois, USA.

Jon Parr, President, Global Crop Protection, will retire on September 30, after a 35-year tenure at the company, including the last seven years as head of the global crop protection business.

“I would like to thank Jon for his many achievements, steering the business and the team successfully through the pandemic and unprecedented supply chain challenges. During Jon’s tenure, Syngenta Crop Protection has grown back into the global market leader and has become a leader in biologicals and innovation,” said Syngenta Group CEO Erik Fyrwald. “At the same time, I am excited to have Jeff and Justin taking on their important new roles, building on our momentum to drive further growth of the Crop Protection and Seeds businesses and advancing our commitment to regenerative agriculture.”

Jeff Rowe was instrumental for the successful turnaround of the Seeds business, with outstanding growth and return to profitability. Most recently, he has spearheaded Syngenta Group’s efforts into regenerative agriculture and soil health. Prior to joining Syngenta in 2016, Jeff served in several leadership roles at DuPont Pioneer over a 20-year period. He has nearly 30 years’ diverse experience as an agriculture leader.

Justin Wolfe’s leadership and focus on strong commercial execution were key to significant business growth and market share gains in North America. He joined Syngenta in 2018 as Regional Director EAME Seeds, where he successfully led the creation of the specialized Seeds business. Prior to joining Syngenta, Justin had a strong track record with Monsanto over 20 years, holding roles in operations, strategy, sales and marketing, including Vice President, Europe and Middle East Commercial Operations.

Under Jon Parr’s leadership in the past seven years, the Syngenta Crop Protection business grew 50 percent. He joined Syngenta Group and its predecessor companies in January 1987. Prior to his current role, Jon Parr was Chief Operating Officer EAME & Latin America from 2015 to 2016. Before that, he was Head of Global Crops & Assets for Syngenta from 2014, Regional Director for EAME from 2009 to 2013 and Head of Syngenta Flowers from 2007 to 2008. Through his long career at Syngenta Group, Jon has also held other roles across marketing, strategy and manufacturing.