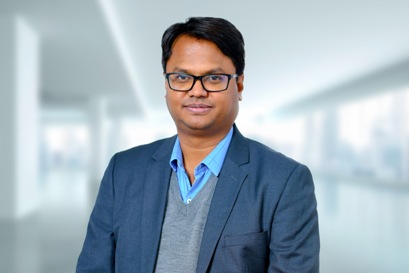 Syngenta Group has appointed Feroz Sheikh as Chief Information and Digital Officer, effective January 1, 2022. Sheikh, based in Basel, will join the extended Syngenta Group leadership team and report to the CEO. He is currently the head of digital engineering and data science at Syngenta.

Sheikh takes over from Greg Meyers, who is leaving Syngenta Group at the end of January 2022 to return to the United States to pursue a new opportunity in a different industry. Under Meyers’ leadership, the Syngenta Group pioneered a major customer-focused digital transformation globally, which led to the Group’s digital services being used by farmers to manage more than 160 million acres of farmland across the world.

Sheikh joined Syngenta in 2018 and has been responsible for building digital platforms and products as part of Syngenta’s digital transformation. He has led teams of engineers, computer scientists and data scientists to put digital innovation into the hands of farmers and has played a major role in the design and deployment of Cropwise – Syngenta’s digital technology platform.

“Feroz brings broad digital and customer-centric leadership experience to this role – shaping agriculture industry standards and creating open-source software and ecosystems,” said Erik Fyrwald, CEO of Syngenta Group. “We are looking forward to his contributions as we continue to help farmers improve yields to feed the planet while battling climate change.”

“It has been an incredibly motivating experience building the Cropwise technology platform that put Syngenta Group as one of the most digitally connected AgTech companies in the world,” said Sheikh. “More than ever, it is now clear that technology will play a fundamental role in transforming agriculture and I’m honoured and humbled at the opportunity to lead Syngenta Group’s IT and digital journey into that future.”

Sheikh holds a Bachelor of Engineering Degree from the Delhi College of Engineering, and an executive management education program certificate from the Indian Institute of Management, Kozhikode, India. He is a board member of AgGateway and chair of AgGateway Europe, a global, non-profit organization that drives digital connectivity in global agriculture and related industries.