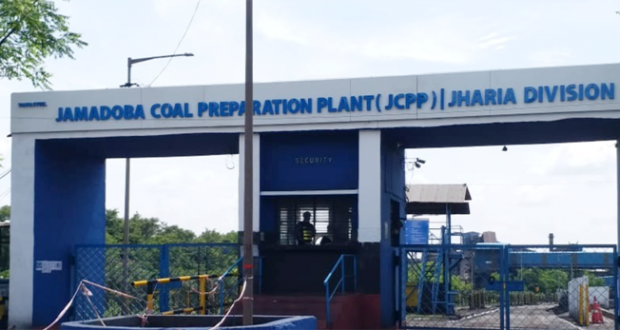 TBB BUREAU
JAMADOBA, JULY 15, 2021
In line with its mechanisation and modernization programme, Tata Steel’s Jharia Division has commissioned the state-of-the-art 2 Million Tonnes Per Annum (MTPA) Coal Preparation Plant and 400 kilovolt-ampere (kVA) Uninterrupted Power Supply (UPS) for Main Mechanical Ventilator at Jamadoba Colliery.
These facilities were inaugurated by D B Sundara Ramam, Vice President (Raw Materials), Tata Steel in the presence of Sanjay Rajoria, General Manager, Jharia Division, Tata Steel, senior officers of the company and Rashtriya Colliery MazdoorSangh (RCMS) union office bearers .
Speaking on the occasion, D B Sundara Ramam said: “Introduction of appropriate technology is key to the success of underground mining. At Tata Steel, we leverage our innovation capabilities, technology leadership with focus on safety and sustainability to create long-term value. State-of-the-art beneficiation plant not only addresses issues like productivity, safety and environment but at the same time ensures production of coal at a competitive price.”
Built from cutting-edge technology, the 2 MTPA Coal Preparation Plant has been transformed from the oldest running washery in Asia (in operation since 1952) to one of the most modern washeries across the globe. The washery is a major upgradation from conventional set-up that packs Dense Media Cyclone circuit for coarse, intermediate circuit for reflux classifier and flotation for fines circuit to improve production efficiency. This is also the first washery in the country with 100% dewatering facility built within its plant, thereby completely eliminating the need for tailing pond, auto sprinklers and dry fog systems.
The giant UPS provides uninterrupted power supply to the 450 horsepower mine fan and automatically changes over during power failure from DVC and keeps it running for 40 minutes, giving enough time for power restoration or change-over to captive supply. This huge battery back-up UPS is the first of its kind in the country for any mine ventilation fan. This set-up will not only enhance the safety and ergonomics within the mines but will also provide a more comfortable environment for the miners to work.
Tata Steel’s Jharia Division has been at the helm of innovation and modernisation since inception and initiatives like Chair Lift Man Riding System, Cooling plant, Low Capacity and Low Cost Continuous Miner with the haulage system have set benchmarks when it comes to underground mining in the country. Moreover, Jharia Division has taken several initiatives of automation and digitalisation which has helped in improving operational excellence.