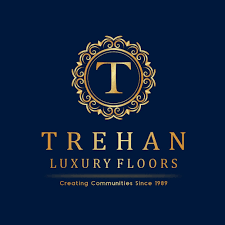 The fourth floor with terrace was the most sought-after property, said the company, which is still flooded with inquiries for independent floors from prospective homebuyers.

The company has announced to develop 320 luxury independent floors in different parts of Gurugram.

Trehan Group, which has emerged as a major realty player in this millennium city, has already has developed several projects in Navi Mumbai, Tapukara, Bhiwadi, Neemrana, Alwar, and Faridabad.

The demand for independent floors is very high in this micro-market with the Covid-19 pandemic now seemingly in the background and work from home culture gaining traction, the realtor said.

“So far, it has been a good festive season for us. We have already sold 120 floors and still, there is a lot of demand,” said Trehan Group Chairman Harsh Trehan.

On the reasons behind the high demand for independent floors, he said today one of the major attractions is that the possession time is quite short if compared with an apartment in a multi-story building.

“Besides quicker delivery, a homebuyer also wants best quality construction, all the amenities in the immediate neighbourhood, and of course, the location. The independent floors being offered by us have everything,” Trehan said.

A low-interest rate on home loans and flexible payment plans being offered by the company are also important factors driving prospective buyers towards Trehan’s independent floors.

He further said that owning an independent floor is a dream of every homebuyers as it hosts benefits like freedom of designing the home as per.

“We have sold floors at levels. However, the 4th floor with terrace was the most sought after among the lot,” he said.

It is to be noted here that the builder floor segment of the realty market was fragmented, but with the entry of reputed developers it has gained prominence in recent years.

Haryana State has permitted the construction of up to four floors and also allowed separate registration for each floor.

The company further said that it was concentrating only on low-rise residential properties in Gurugram.

“Low rise residential market is picking up very quickly. Right now we will focus only on residential projects within Gurugram,” Trehan said.

Trehan Group has delivered over 10 million square feet of residential real estate since 1989. It has completed 16 projects and so far delivered more than 12,000 units.