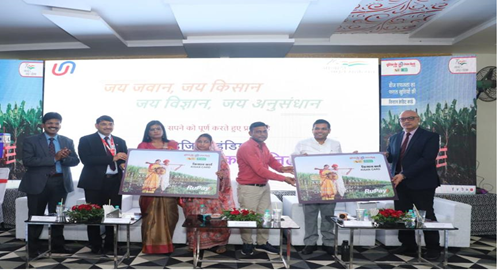 Digitalization of Kisan Credit Card is a Fintech initiative of Union Bank of India in collaboration with Reserve Bank Innovation Hub (RBIH) under guidance of the Reserve Bank of India (RBI), aimed at overcoming the challenges faced by farmers like in-person visit to a bank branch, submission of land ownership and other documents, and high turn-around time in getting the KCC.

Based on the learnings from the pilot, it is planned to expand the digitalization of KCC lending to other districts of Madhya Pradesh and gradually across the country.