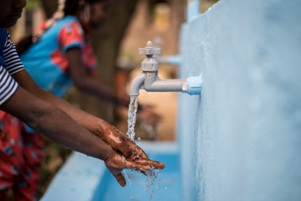 Urgent governance on groundwater extraction in India need of the hour: WaterAid India

Groundwater – which exists almost everywhere underground – has the potential to save hundreds of thousands of lives and be the world’s insurance policy against climate change. On the occasion of World Water Day, 2022, WaterAid is releasing a Report, titled “Groundwater: The world’s neglected defence against climate change”, which throws sharp focus into the situation of groundwater resources across different parts of the world. The new analysis by the British Geological Survey (BGS) and WaterAid reveals that many countries in Africa – and parts of Asia, have enough groundwater to meet everyone’s daily needs and sustain for a much longer period. But especially in parts of Asia, poor groundwater management and contamination is leading to a shortage, which will affect millions in years to come.

In parts of sub-Saharan Africa, for example, groundwater remains largely untapped, while in parts of South Asia overuse is rife. This, along with insufficient expertise and investment, often leads to poor regulation, mismanagement, contamination and pollution – with potentially devastating consequences.

WaterAid’s research team’s findings reveal that in much of northern India, Pakistan, and Bangladesh, groundwater extraction is usually greater than the expected annual recharge from rainfall. Therefore, during periods of drought, water supplies become unsustainable and may run out at a time when people need them most. Agriculture in some south Asian countries uses up to 90% of extracted groundwater.

As a result, wells in villages may run dry and communities, healthcare centres, and schools may be without enough water for their daily needs.In both South Asia and Africa, groundwater is also extremely vulnerable to pollution whether it be from fertilisers and pesticides from intensive farming, toxic chemicals from poorly regulated industry or sewerage from poorly managed sanitation.

Tim Wainwright, Chief Executive of WaterAid in the UK, said: “Our findings debunk the myth that Africa is running out of water. But the tragedy is that millions of people on the continent still do not have enough clean water to drink. There are vast reserves of water right under people’s feet, many of which are replenished every year by rainfall and other surface water, but they can’t access it because services are chronically underfunded. Tapping into groundwater would ensure millions have access to safe, clean water no matter what the climate crisis throws at them.”

Groundwater abstraction from the transboundary Indo-Gangetic Basin comprises 25% of global groundwater withdrawals, sustaining agricultural productivity in Pakistan, India, Nepal and Bangladesh. Readingsfrom the data collected from the NASA Gravity Recovery and Climate Experiment satellites show groundwater depletion [at a rate of 4.0 ± 1.0 cm yr-1 equivalent height of water (17.7 ± 4.5 km3 yr-1)] over the Indian states of Rajasthan, Punjab and Haryana (including Delhi). The data also estimates that the volume of groundwater to 200 m depth is 20 times greater than the combined annual flow of the Indus, Brahmaputra and Ganges. This shows that the water table has been stable or rising across 70% of the aquifer between 2000 and 2012.

India only holds 4% of the world’s freshwater resources. The extraction of groundwater has been on the rise for decades. Over the last 50 years, the number of borewells has grown from 1 million to 20 million, making India the world’s largest user of groundwater. The Central Groundwater Board of India estimates that about 17% of groundwater blocks are overexploited (meaning the rate at which water is extracted exceeds the rate at which the aquifer is able to recharge) while 5% and 14%, respectively, are at critical and semi-critical stages. The situation is particularly alarming in three major regions – north-western, western, and southern peninsular India.

Sharing his thoughts on the groundwater situation in India, VK Madhavan, Chief Executive, WaterAid India said: “We need to recognise that whilst groundwater may be invisible, it is not inexhaustible. There is an urgent need to govern the extraction of groundwater and reduce the demand on it. Simultaneously, we need to focus on recharging our aquifers in a systematic manner, particularly by increasing our conservation efforts using surface water bodies and by increasing infiltration in the recharge zones. The growing evidence of contamination of groundwater is indicative of a problem that has received far less attention than required. We need to act now.

“WaterAid India is working in several districts across the country to create community-based water quality testing and monitoring and in water conservation to ensure access to sustainable water resources closer to habitation.”

In some regions, such as parts of South Asia, groundwater is naturally contaminated with arsenic and fluoride. If untreated, it can lead to illness or even death. For example, in India, arsenic contamination affects the northern states of Uttar Pradesh and Bihar, and West Bengal in the east. Several districts of Odisha are affected by high fluoride, iron and salinity. Parts of central and South East India also show higher levels of nitrate and iron contamination.