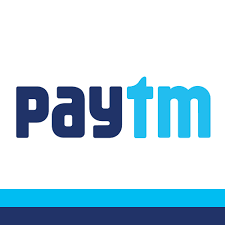 India’s leading financial services platform Paytm on Monday announced that it has created a vast digital financial payments infrastructure in the country and empowered over 2 crore merchants as well as 33 crore users.

The company has over the years enabled millions of households with digital payments. Paytm has been instrumental in ushering in the digital payments revolution for millions of street hawkers, small shopkeepers, tuck shop owners with the widest range of payment products & services including Paytm All-in-One QR, Paytm All-in-One POS, Paytm Soundbox among others. Its services have helped build trust in digital payments among the masses and push the government’s ‘Atmanirbhar Digital Bharat’ initiative further.

It has created robust technology infrastructure across the country. The company has been the driving force behind building and expanding digital villages & has trained merchants there, helping in the proliferation of online transactions.

Paytm All-in-One QR enables merchants to accept unlimited payments at zero percent fees directly into their bank account. It is the only QR that lets merchants seamlessly accept payments from Paytm Wallet, Rupay Cards, Paytm UPI, and all other UPI apps providing the convenience of having just one QR code for all payments reducing clutter on the sales counter.

“Merchants are the backbone of the nation and we are on a mission to empower them with the best payments and digital services technology. We continue with our efforts to expand our services across the length and breadth of the country empowering more small towns, villages and making them 100 percent digitally enabled,” a statement from Paytm said.