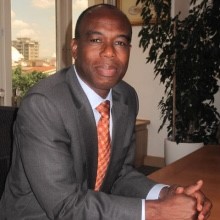 Prior to the new assignment, Kouamé served as the World Bank’s Country Director for the Republic of Türkiye – where he led the expansion of the Bank’s country program and deepened its support to Türkiye’s climate agenda.

He aslo served as Director of the Department of Human Development and Economic Management in the World Bank Group’s Independent Evaluation Group (IEG) from January 2017 to April 2019; and held positions as Practice Manager in the Macroeconomics and Fiscal Management Practice of the World Bank, first in Latin America and Caribbean countries and then in the Middle East and North Africa regions.

“The World Bank has had the privilege of supporting India’s development achievements for more than 75 years. I look forward to continuing this fruitful partnership at this critical time, as the country recovers from the impacts of the COVID-19 pandemic to build a more resilient future,” said Auguste. “The Bank stands ready, through strategic programs and knowledge products, to support India’s ambitions of becoming an upper middle-income country and a global leader on the Climate agenda.”

“As India takes over the Presidency of the G20 later this year, the Bank, globally, looks forward to supporting India in this leadership role.” he added

From 2008 to 2014, he held the positions of Sector Manager for Economic Policy, Sector Leader, and Lead Economist in the Poverty Reduction and Economic Management Unit and served as acting Chief Economist for the MENA Region. From 2005 to 2008, he served as Assistant to the World Bank Group President.

Auguste took field assignments from 2002-05 as Senior Country Economist, based in Santo Domingo, Dominican Republic, and, subsequently, as World Bank representative in Haiti. He was a core team member of the World Bank’s 1998/99 World Development Report on Knowledge for Development.

Prior to joining the World Bank as a Young Professional in 1996, he worked at the United Nations Development Program and taught Applied Economics in Côte d’Ivoire and France.

Auguste holds a graduate degree in applied economics from ENSAE-Paris and a PhD in economics from EHESS-Paris. He also attended a program in Economic Management at Harvard University.

India is the World Bank Group’s largest client with a portfolio that includes lending of $3.98 billion from the International Bank for Reconstruction and Development (IBRD), and $83 million (or 0.08 billion) from the International Development Association (IDA) last fiscal (July 2021-June 2022). As of July 2022, the Bank’s net commitments to the country stood at $21.86 billion (IBRD $18.76 billion, IDA $3.0 billion) across 99 projects.