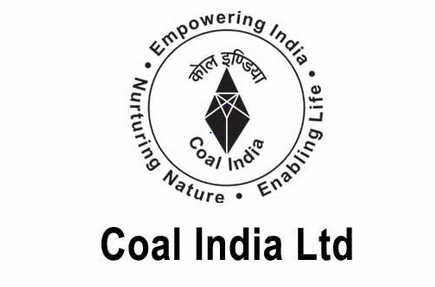 CIL forges ahead towards energy efficiency

In a bid to reduce carbon footprint in its operational area, Coal India Ltd. (CIL) has put special thrust on energy efficiency measures and is forging ahead with a series of measures to offset carbon emission in mining operation in all its coal producing companies. Apart from taking immediate action for efficient use of energy, CIL has also drawn an ambitious 5-year plan of carbon offset in different fields of its operation.

Coal companies have several areas for implementing energy efficiency measures such as colonies, buildings, offices, industrial establishments, etc. apart from efficient Power Supply Management. However, the major reduction in carbon emission comes from various mining activities like Heavy Earth Moving Machines (HEMM), Transport, Ventilation, Pumping etc. With the help of its subsidiaries, CIL had been taking various energy conservation and efficiency measures over the years and is now moving ahead with emphasis on activities responsible for more environment pollution.

The major thrust is on replacing the huge fleet of HEMM equipment running either by CIL departmentally or contractually on diesel consumption with LNG. This will be a major breakthrough in not only cutting down cost, but will also reduce carbon emission. CIL has taken initiatives to go for Pilot Project in collaboration with GAIL in some mine sites of CIL before starting bulk use of LNG. GAIL will establish LNG storage & dispensing system, arrange transport of LNG from terminal to mine site & will arrange KIT and retrofitting. BEML will provide all technical assistance. The performance of Dumper and engine will be monitored and studied during the entire pilot period in collaboration with Cummins. One of the Pilot Project at Bharatpur Opencast Mine of Mahanadi Coalfields Ltd. in Odisha will be completed by the end of this year. A comprehensive model is being devised to convert maximum heavy vehicles on LNG in the coming years.

Another important addition will be the introduction of around 1500 E-Vehicle in all mining areas of CIL over a period of next five years. Around 200 E-Vehicle alone will be put in operation by the end of this year.

Pumping of water in both opencast & underground mines is done on a large scale through orthodox equipment which results in more energy consumption. CIL will be introducing around 1700 energy efficient motors for pumps in all its mining operations.

In its various establishments, CIL will be replacing around 5000 conventional ACs and other appliances by energy efficient Star rated appliances. Similarly, around 2.5 lakh LED lights will be introduced in place of conventional lights to save energy. More than 1 lakh energy efficient super fans will be used in offices by replacing old ones. In colonies, around 2200 street lights will be put on auto timer to save energy.  On implementation of aforementioned energy efficiency measures, CIL has envisaged to create a carbon offset of around 2.5 lakh tonnes in next five years. With active implementation on all the above fronts, CIL is committed to achieve a carbon offset of more than 60000 tonnes by end of this year which will be a major breakthrough.