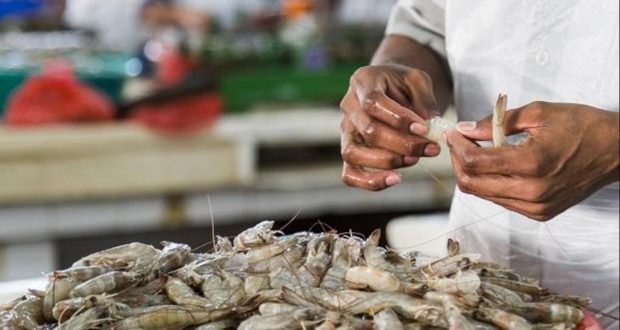 The COVID pandemic and sluggish overseas markets cast their shadow over India’s resurgent seafood sector as the country exported 11,49,341 MT of marine products worth Rs 43,717.26 crore (US$ 5.96 billion) during FY 2020-21, registering a contraction of 10.88 per cent as compared to a year earlier. USA, China and the European Union were the leading importers, while frozen shrimp retained its position as the major export item, followed by frozen fish.

“The pandemic drastically affected seafood exports during the first half of the year, but it revived well in the last quarter of 2020-21. Also, the aquaculture sector performed better during this fiscal by contributing 67.99 per cent of exported items in dollar terms and 46.45 per cent in quantity, which is 4.41 per cent and 2.48 per cent higher, respectively when compared to 2019-20,” said Mr. K S Srinivas, Chairman of the Marine Products Export Development Authority (MPEDA).

‘Other Items’, the third largest category that largely comprised Surimi (fish paste) and Surimi analogue (imitation) products, showed a marginal growth of 0.12 per cent and 0.26 per cent by quantity and rupee value, respectively, but declined in dollar terms by 5.02 per cent.

Shipments of chilled items and live items, which were negatively affected due to the reduced air cargo connectivity in the pandemic situation, fell by 16.89 per cent and 39.91 per cent in volume, respectively.