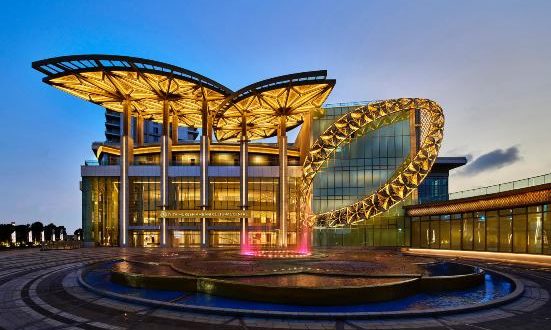 Billionaire Isha Ambani, who recently took charge of the retail business of Reliance Group, on Thursday announced India’s first-of-its-kind space in Mumbai that will be focused on arts, culture and fashion.

According to an official statement issued by Reliance Industries Limited, the cultural centre was dedicated to Isha’s mother Nita Ambani, who is an educationist, businesswoman, philanthropist, and has been a long-time patron of the arts.

Named after her mother, the landmark will be called Nita Mukesh Ambani Cultural Centre (NMACC). It will be located in Mumbai’s Bandra Kurla Complex, within the Jio World Centre – India’s largest convention centre for various outlets like retail, hospitality and others.

Speaking on the occasion, Isha said, “The Nita Mukesh Ambani Cultural Centre is so much more than a space – it is the culmination of my mother’s passion for arts, culture and her love for India. She has always dreamt of creating a platform that would be welcoming to audiences, artists, performers and creatives at large. Her vision for NMACC is to showcase the best of what India has to offer to the world and bring the world to India.”

At NMACC, a three-storey building of open spaces will be dedicated to performing and visual arts. Special attention has been paid to the dedicated spaces, including The Grand Theatre, The Studio Theatre and The Cube, all built with cutting-edge technology to cater to a wide range of experiences, from intimate screenings and stimulating conversations to multilingual programming and international productions. The centre will also launch the Art House, a four storeyed space spotlighting leading Indian and international artists.

The NMACC will be inaugurated on March 31, 2023. The three-day launch programme will focus on Indian culture, fashion and arts.