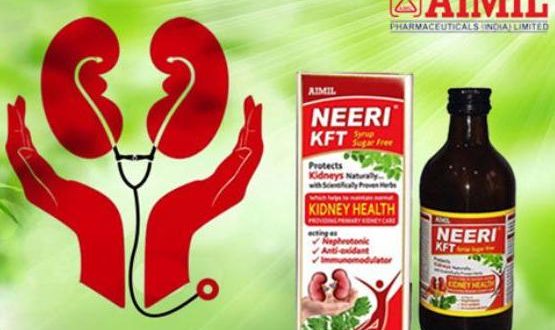 As World Kidney Day 2022 was observed across the globe on the second Thursday of March with the theme ‘Kidney Health for All’, experts said that time-tested Ayurvedic herbs like ‘Punarnava’, ‘Gokhuru’ and ‘Varuna’ can be saviour for patients with chronic kidney disease, which has seen a rise due to various reasons.

“NEERI-KFT is one such ayurvedic drug based on such kidney-friendly medicinal plants like Punarnava, Ashwagandha and Guduchi having anti-oxidants properties,” he said.

While well-known diuretic herbs like ‘Varuna’ is a good blood purifier that helps maintain homeostasis, ‘Gokhuru’ is beneficial in rejuvenating kidney’s nephrons, he said, adding that several patients have found such formulations beneficial.

Prof. Dwivedi said if detected properly and in time, CKD can be cured with the help of extracts from these identified herbs.

More the delay in detection, the longer is the treatment, he warned.

“When detected early, the dialysis cycle can be brought down with the help of the poly-herbal formulation which helps in strengthening the kidney,” he explained.

Developed by Delhi-based AIMIL Pharmaceuticals (India) Limited after intensive research, benefits of NEERI-KFT in managing CKD have been mentioned in studies published in journals like Soudi Journal of Biological Sciences.

“If the ayurvedic formulation is prescribed in early stages of CKD, kidney can be saved from getting damaged. Its usage has been found to be reducing levels of Creatinine, Urea and Uric Acid,” Prof. Dwivedi said.

In fact, NEERI-KFT has also been found to control TNF Alfa too, an indicator of disruption in the kidney, as well as in protecting the organ from dietary AGEs, harmful compounds caused by poor eating habits.

According to the researchers from Jamia Hamdard University, bringing ROS under control is very important in the treatment of the kidney disease as these are major factors in damaging the renal cells.

CKD is a serious progressive medical condition characterized by a gradual loss of kidney function, usually accompanied by other comorbidities such as cardiovascular diseases (hypertension, heart failure and stroke) and diabetes, eventually leading to kidney failure.

According to a report by the US-based Centers for Disease Control and Prevention, at least 15 per cent people are suffering from CKD. In India, the figure is around 40 per cent of the total population with rising diabetes and high blood pressure adding to the woes.

Treatment has become a challenge during Covid times, say doctors, adding that as per the World Health Organisation, CKD is becoming one of the leading causes of death globally.

Patient empowerment, partnership and improved communications, combined with a paradigm shift towards a strength-based approach to care, can ensure ‘Kidney Health for All’.