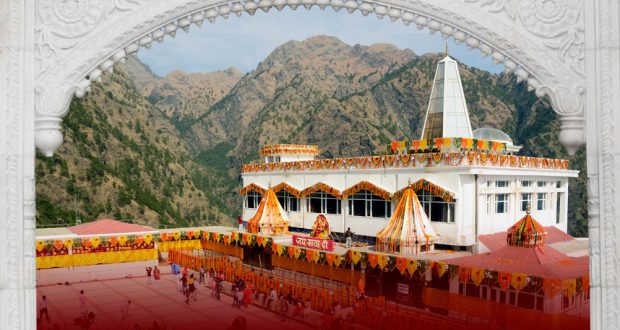 Vaishno Devi to get 1,281-metre ropeway from Katra to Adhkuwari

In a bid to facilitate the devotees thronging the 700-year-old Mata Vaishno Devi shrine in Jammu, Shri Mata Vaishno Devi Shrine Board (SMVDSB) has given its approval to the much awaited proposal to construct a ropeway between Katra and Adhkuwari.

The proposal was approved in the 69th meeting of the Shri Mata Vaishno Devi Shrine Board, presided over by the Board Chairman and Jammu and Kashmir Lieutenant Governor Manoj Sinha.

The trek between Katra and Adhkuwari is 6 km.

Sharing the information, SMVDSB Member and AIMIL Pharmaceuticals Ltd Chairman & Managing Director KK Sharma said, the discussion on this proposal was going on for a long time.

“In fact, the Mata Vaishno Devi Shrine Board in its 51st meeting held on December 27, 2012, had decided to conduct a study with Messrs RITES Limited, to examine the technical feasibility of a ropeway between Katra and Adhkuwari. RITES submitted its report to the Board in 2017 which found it suitable for the construction of the 1281.20 m​e​tres long ropeway between Katra and Adhkuwari. Since then, this proposal was pending which was approved in the first meeting of the newly constituted Shri Mata Vaishno Devi Shrine Board held on Tuesday itself,” said Sharma, while adding that the construction of the ropeway would start very soon.

One of the holiest Hindu temples, Mata Vaishno Devi, is located at Katra town in Jammu district. The temple is situated at an altitude of 5,200 feet, about 12 km from Katra.

While its construction is estimated at Rs 94.23 crore, RITES Ltd. says that 63.06 per cent of the operating cost can be recovered if the travel fee per passenger is kept at Rs 200.

“The new ropeway will ensure that pilgrims from all walks of life, particularly old and those having physical disabilities, can have darshan of the Goddess at ease. More devotees in the region also means a boost to the local economy and prevents migration to the plains,” said Sharma.

The pilgrim footfall at the shrine was over 55.77 lakh in 2021, compared to 17 lakh in the previous year due to the coronavirus pandemic.

To recall, Lieutenant Governor Sinha had reconstituted the SMVDSB in the last month; and nominated eight eminent persons from various walks of life as members of the Board for three years. Besides Sharma, the other new members added to the board are: Mahamandleshwar Swami Vishveshvaranand Giriji Maharaj, Neelam Sareen, Ashok Bhan, Baleshwar Rai, Suresh Kumar Sharma, Raghu K Mehta and Kul Bushan Ahuja.