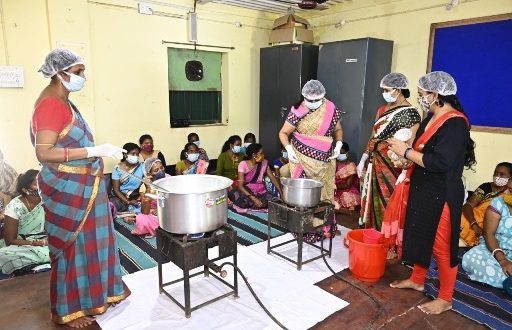 81 Millet Shakti Kiosks to be set up in Sundergarh dist

The Sundergarh district administration has decided to open 81 Millet Shakti Kiosks at different places of the district to popularise ragi and other nutritious crops and provide nutritious food to people.

The kiosks would be opened jointly by the Odisha Millet Mission (OMM) and Mission Shakti with assistance from the District Mineral Fund (DMF).

So, the district administration is imparting training to members of the Women Self Help Groups (WSHGs), on preparation of delicious and nutritious food from millets and management of the kiosks.

A two-day training camp was organised by the Odisha Nutritious Crop Mission at Rangiamunda in Tangarpali Block of the district on September 8 and 9 to train the members of 10 WSHGs on preparation of bara, cake, chicken pakora, kheer from ragi and suan.

Various nutritious crops like ragi, bajara, koda, Jahna, gangei and suan are now being cultivated in 11 blocks of the tribal dominated Sundergarh district.