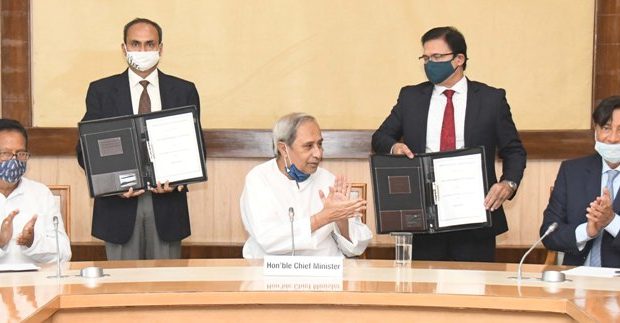 Appreciating the Mittal group decision to set up a mega steel project in Kendrapara, Chief Minister Patnaik said, “Kendrapara was the Karmabhumi of Biju Babu and he loved the place and its people from the core of his heart.” He also assured the State Government would provide all necessary support for the setting up of this mega project.

“The steel plant along with the jetty will add significantly to the economic activity and employment generation in not only Kendrapara but also other parts of Odisha. Our entire government team will work hard with dedication for quick implementation of the mega project,” Patnaik said.

“Odisha has successfully emerged and the most attractive investment destination in the country today because of its forward looking industrial policy, facilitation mechanism and robust infrastructure growth,” he added.

Expressing happiness over his company’s decision to set up this integrated steel complex at Kendrapara, Mittal said this is in addition to the other investments of AM/NS in Odisha including the 6MTPA pelletization plant in Paradeep which will be expanded to 12 MTPA; and the beneficiation complex in Keonjhar and slurry pipeline which are already operational.

He reiterated AM/NS’s commitment to partner with Government of Odisha in the industrial growth journey of the state.