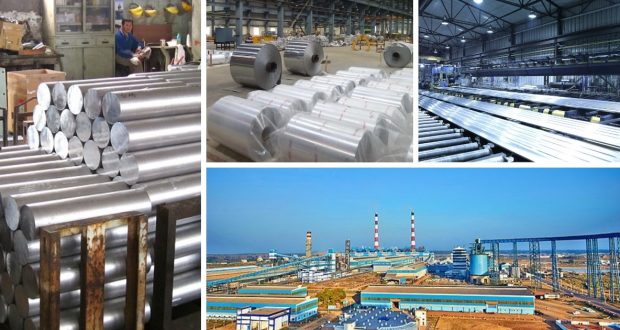 Budget 2022: Aluminium industry wants custom duty on scrap to be increased to 10 per cent to protect domestic companies

As the Indian economy pushes forward to grow at 9 per cent and above over the next few years, a key challenge for the country would be to rebalance its energy needs in favour of renewable sources by 2030 to 50 per cent as per the Paris agreement.

This is where the Aluminium sector will play a greater than ever before role. Extensive growth in electric vehicles, renewables, modern infrastructure, energy efficient consumer goods and greater dependence on strategic sectors such as aerospace and defence, will drive Aluminium consumption to grow at a CAGR of 10 per cent or more. For example, Aluminium usage in EV batteries is 40-50 per cent more than a normal ICE. Being 3 times lighter than steel it aids in fuel efficiency making it an efficient choice for EVs.

However, the Indian aluminium industry is struggling to revive itself over the last two years following the unprecedented Covid pandemic. The declining domestic producers market share with surging imports coupled with significant cost escalation for primary producers due to a rise in input costs of critical raw materials, escalating ocean freights & logistics costs due to container shortage, current coal crunch situation etc, is restricting the industry’s ability to support the future of the country at a time when India cannot rely on import sources alone to fuel this growth.

Primary aluminium industry is facing a severe threat from the increasing import of Aluminium scrap. The share of scrap in total imports increased from 52 per cent in FY-16 to 66 per cent in FY-21, resulting in Forex outgo of $2 billion (Rs 15,000 crore).

What is also affecting the Indian industry is China’s renewed measures to restrict Scrap imports through National Sword Policy, which is leading to greater inflow of scrap into India. China imposed a 25 per cent duty on Aluminium Scrap imports from the USA, and classified Aluminium Scrap in the restricted import list from July, 2019, with a plan to completely ban all scrap and waste imports. Post that the share of import from the US in China’s total Aluminium scrap imports has declined from 53 per cent in 2017 to just 16 per cent in 2019. India has overtaken China as world’s largest aluminium scrap importer due to Chinese measures. As a result, the entire global scrap chain is shifted to India in absence of any quality or BIS standards for scrap recycling/ usage and imports in the country. A major threat is from US scrap imports, as the US is diverting large volumes of scrap to India, since EU and other developed countries have stringent standards for scrap. The import from the US as the share of India’s total scrap imports increased from 8 per cent in FY16 to 24 per cent in FY21.

This precarious situation can be resolved by safeguarding the domestic industry against these non-essential imports in the upcoming union budget.

2022-01-25
admin
Previous: SOS Children’s Villages of India facilitates ‘Kinship Care’ to over 300 Children in India
Next: TPCODL initiates E-Bill on WhatsApp to enhance consumer experience and safety during Covid