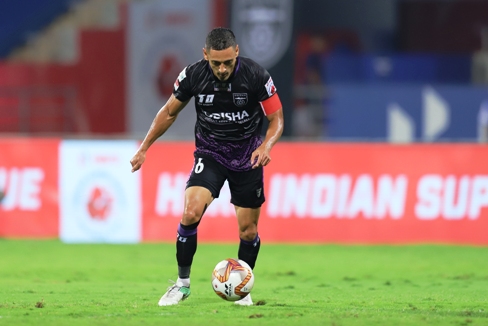 Odisha FC and Cole Alexander have decided to mutually part ways. Both parties reached an agreement over an undisclosed release fee, enabling Cole and the Club to trigger a mutual termination of the contract.

The 32-year-old South African had signed for the Bhubaneswar-based side ahead of the previous season of the Hero Indian Super League (ISL). He had a tremendous ISL season, scoring three high-quality goals over the course of an industrious personal campaign earmarked by his work rate and desire, and was also one of the rotational captains for the Club.

The 31-year-old South African national team member was one of the outstanding performers for Bidvest Wits in the South African Premier League in the season before coming to India.

In an emotional message for the Club and the fans, Cole Alexander expressed, “I want to thank everyone at Odisha FC for the opportunity. Thanks to all my teammates, it was a privilege to be with the side and play with you guys. It was a joy being in India experiencing different cultures. This was a difficult decision to make but this is for my family so that I can be with them.”

“But, I will continue supporting Odisha FC from where I am in South Africa. I will always have a special place in my heart for the Club and all the fans of Odisha FC. I hope one day we can get to work together again. It was such a pleasure to be at Odisha FC. Thank you for everything,” he concluded.

Club President Raj Athwal commented, “On behalf of Odisha Football Club, I would like to thank Cole for his contributions last season. A popular figure amongst the players, staff and supporters we wish him and his family all the best and hope to one day see him back in an Odisha jersey.”