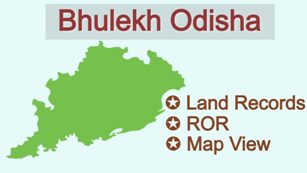 In another big step towards realization of 5-T principles in revenue service delivery, the State Government has substantially reduced the timeline for issue of various miscellaneous certificates and landed property mutation. The decision was taken at a high level meeting on delivery of Public Services held in virtual mode under the Chairmanship of Chief Secretary Suresh Chandra Mahapatra today wherein Principal Secretary, Revenue and Disaster Management Bishnupada Sethi outlined the issues relating to further reduction of timelines prescribed in Odisha Right to Public Services Act  (ORTPS) Act- 2012.

Reviewing the progress made so far, Chief Secretary Mahapatra asked the concerned authorities to further simplify the property registration process by adopting end-to-end digitized system for the entire transaction. He directed to do away with the middlemen from property transaction and minimize the physical presence of the buyer and seller in office of the Sub-Registrars. “While reducing unwanted rush in offices would make the process easy, transparent and quick,” said Mahapatra.

Available information shows that as of now around 40,000 uncontested mutation cases have been finalized as per the new timeline of seven days. Similarly, around 4.47 lakh various miscellaneous and caste certificates have been provided to the people since the issue of new timeline circular by Revenue and Disaster Management Department on 6 April, 2021.