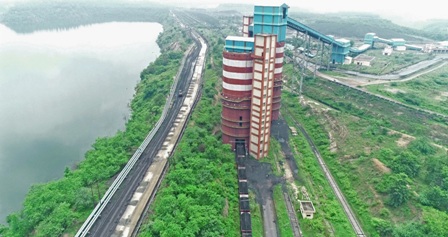 Mahanadi Coalfields Limited (MCL) added a new feather to its cap by crossing the coal dispatch figure of 150 million tonnes in the current financial year.

Singh also thanked the Indian Railways for supporting the efforts of MCL to serve the nation by ensuring an adequate supply of rakes.

“MCL teams at coalfields and the headquarters are performing in perfect coordination to meet their targets and the momentum should continue,” Singh said, expressing gratitude towards Odisha State administration for providing continuous support.

MCL has already surpassed last year’s dispatch figure of 146 million tonnes, with an impressive growth of 22 per cent during the current fiscal.

The company has registered double-digit growth on all the major performance parameters. MCL has produced about 140 million tonnes of coal as on date, with a growth of 15 per cent over the same period in the previous fiscal.