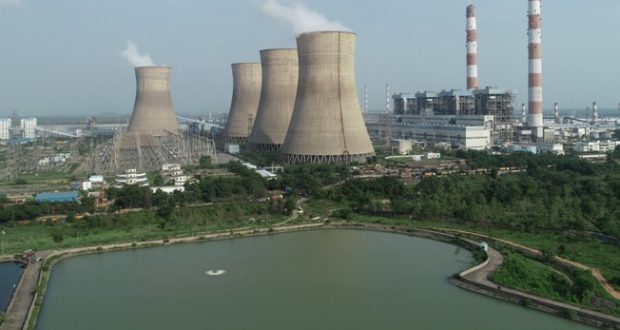 The dignitaries visited the plant operations, where Vedanta Ltd. Deputy CEO – Alumina Business, GG Pal, elucidated on the company’s operations and socio-economic impact in the region. He also elaborated upon the community development endeavors, specifically in the realms of education, healthcare, skill development, livelihood, fostering tribal arts & culture, and promoting grassroots sports such as archery.

Welcoming the dignitaries, Pal said, “We are delighted to host Mr. Sanjeeb Kumar Mishra, Ms. P Anvesha Reddy and key officials from the region at our Alumina Refinery operations. Sustainable and inclusive development is fundamental to the way we run the alumina operations of Vedanta Aluminium, India’s largest producer of aluminium. Our mission is to enable our aluminium smelters to boost India’s self-reliance in aluminium, in a way that creates long-term sustained value for us and our local communities. In this journey, we are committed to work with the local administration and communities to better the quality of life in the region.”

The National Recruiting Agency Secretary visited DAV Vedanta International School, which was the first English medium school set up by the company in the region. The school has about 1,300 students, 90 per cent of whom belong to local communities. This school created an aspiration for quality education among local communities, which is reflected in the rise in literacy levels in Kalahandi from 38.4 per cent in 2001 to 50.9 percent in 2011. The dignitaries interacted with the students and staff of the school and encouraged the students to pursue their dreams with passion.

Mishra also interacted with some of the graduates of Vedanta Lanjigarh’s skills training program and awarded them with their certificates. The company is sponsoring a 6-month behavioral training course for nearly 100 youth at KIIT, Bhubaneswar of which the first batch of 23 candidates have already graduated.

Dhokra, a 5000-year-old art form dating back to the Indus Valley Civilization, was on the verge of dying because the Dhokra artisans of Kankeri village in Lanjigarh were unable to sustain with the meagre income their craft was fetching. Many artists even migrated to neighboring states to work as construction labourers.Recognizing their potential, Vedanta Aluminium trained artisans in modern techniques and contemporary designs, provided the initial seed capital, and created market linkage opportunities so their art could fetch better prices. Besides reviving the art, this program led to a movement of reverse migration of these artisans. Similarly, the company has been fostering a bevy of Saura artists, helping them convert their rich skills into a thriving profession.

On the final leg of the visit, Mishra interacted with the budding archers of Vedanta Lanjigarh’s archery training program. The company is providing youngsters from local communities with the required infrastructure and training to pursue their passion. Currently, over 40 students are enrolled in the archery program. They receive regular training from full-time coaches and have won several recognitions at the state and national levels.

Vedanta Aluminium, a business of Vedanta Limited, is India’s largest producer of aluminium, manufacturing half of India’s aluminium i.e., 2.26 million tonnes in FY22. It is a leader in value-added aluminium products that find critical applications in core industries. Vedanta Aluminium ranks 4th in the Dow Jones Sustainability Index (DJSI) 2021 world rankings for aluminium industry, a reflection of its sustainable development practices. The company operates a 2 MTPA (million tonnes per annum) capacity alumina refinery in Lanjigarh (Kalahandi district, Odisha), India since 2007 and an associated 75 MW captive power plant. With its world-class aluminium smelters, alumina refinery and power plants in India, the company fulfils its mission of spurring emerging applications of aluminium as the ‘Metal of the Future’ for a greener tomorrow.