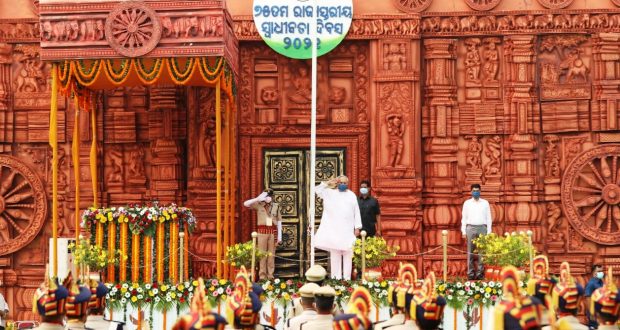 He said the initiative will transform the health service delivery system and create a new history in the field of healthcare across the country and it will be immensely helpful in further strengthening the health-safety of people of Odisha.

“All the people of entire Odisha are my family. The news of people selling land, jewellery or they stop sending children to school to manage their treatment costs, pains me. Therefore I decided that this type of distress must go. People should get hassle-free quality treatment at best available health care facilities,” Patnaik said.

The Chief Minister announced the distribution of Biju Swasthya Kalyan Yojana Smart Health Cards to further strengthen the health-safety of the people. “It will provide medical facilities to 3.5 crore people from 96 Lakh families in more than 200 hospitals of the state and the country,” he said.

Patnaik further said that medical facilities will be provided to the people of Odisha in more than 200 major hospitals across the country, including the State. Mentioning that Odisha has become the first state in the country to implement such a Smart Health Card, the Chief Minister said the move would usher in a new era in the development of health care in the State. Odisha is the first state in the country to provide such cards, he claimed.

The card will be distributed to all beneficiaries of National and State Food Security Schemes, Annapurna and Antyodaya beneficiaries.

Each family can avail treatment cost up to Rs 5 lakh per annum. Women members can avail this benefit up to Rs 10 lakh every year, Patnaik further said.

Hoisting the Tricolour at the Exhibition Ground in Unit-III here today, the Odisha Chief Minister called upon people to take pledge to work with determination on this day of pride and glory in order to carry the honour of nation and State to the pinnacle.

Patnaik said that the welfare of all along with the development of Odisha is the priority of State Government. Success in various fields such as sports, health, agriculture, women’s empowerment and social welfare is a reflection of such development of New Odisha, he added.

The Chief Minister said that Odisha is setting new milestones in development of various fields like sports, health, women empowerment and so on. Odisha has become model for all. He called upon the people of Odisha to continue their sincere efforts to further brighten the identity of Odisha by continuing this trend of development and bringing everyone together.

“India’s democracy is our greatest achievement and it has succeeded in involving everyone in the development process of the country. The youth are the future of the country,” he said.