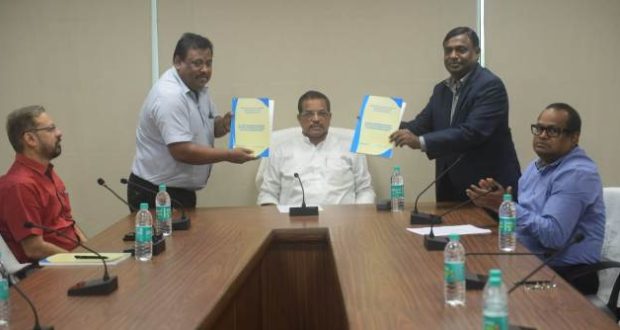 A revised concession agreement was signed between Gopalpur Port Limited and Odisha State Commerce & Transport Department on Tuesday for the development and expansion of the Port.

Gopalpur Port was initially controlled and managed by Odisha State Commerce & Transport Department. Later, an agreement was signed between Orissa Stevedores Limited (OSL) and Gopalpur Port on September 14, 2006 to develop it as an all-weather deep sea port and operate in public-private partnership (PPP) mode. Later, with 51 percent stake, Shapoorji Pallonji Port Maintenance Pvt. Ltd. took the management control of the Gopalpur Port on January 18, 2017 and the balance stake remained with the original promoter OSL. The change in management of the port required a fresh and revised concession agreement to be signed between the State Government and the port authorities, informed Minister Behera.

To recall, the State cabinet in its meeting on December 7, 2021, had given its approval for signing the revised agreement which came to effect today, the Minister added.