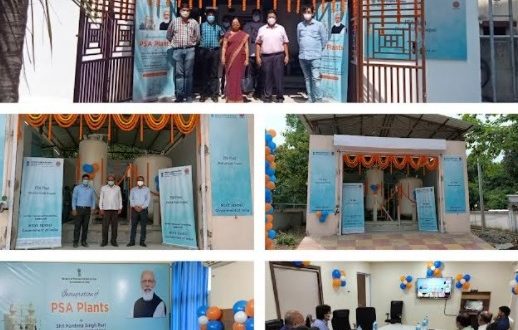 In Odisha, all concerned senior officials from IndianOil along with paramedical staff, doctors and nurses from these four hospitals took part in the ceremony in virtual mode.

For Odisha, the Centre has sanctioned 75 MT of liquid medical oxygen (LMO) per day under the PM CARES. Out of which, 71 MT of LMO have already been commissioned by IndianOil.

After witnessing acute shortage of medical oxygen in different hospitals across the country during the second wave of Covid-19, the government had decided to commission a PSA oxygen plant in each district of the country.