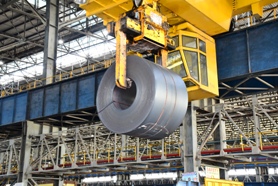 The total sinter production too touched an all-time high of 3492367 tonnes during the period. The State-of-the-art Hot Strip Mill-2 led the Rolling Mill units by rolling 6,97,000 Tonnes of HR Coil for sale. As a result the total dispatch of Saleable Steel touched a new high of 18,44,084 tonnes and setting a new benchmark for H1 in the area.

Congratulating the Rourkela Steel Plant collective on this stupendous achievement, RSP Director In-Charge Atanu Bhowmick said, “Let’s keep on excelling in the field of production as well as in other vital areas like safety, quality, house-keeping and cost of production to become the best in the segment.”