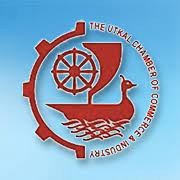 With the aluminium, steel and other captive power plant (CPP)-based industries in Odisha grappling with critically low levels of coal stock to run their CPPs due to curtailed supply, the Utkal Chamber of Commerce and Industry Ltd (UCCI) has sought immediate intervention of the State and Union Government for normalization of coal supply to these industries.

“The coal supply to non-power sector has significantly declined by 12% (from 61 MMT to 58 MMT) during Sept–Feb period in FY22, while supplies to power sector increased by 11% (from 248 MMT to 305 MMT). This also resulted in huge backlog of over 2000 coal rakes, as the non-power sector is getting just 16 rakes per day, merely 5% of over 300 rakes being supplied from CIL, which is a massive diversion against the provision of Ministry of Coal Auction Linkage policy for allocation of coal in proportion of 75% for power and 25% for non-power sector,” wrote Mishra, adding that  “the prevailing crisis situation has further aggravated with the recent directions of Coal India and its subsidiaries to stop/curtail the coal supplies for Non-Power Sector not only through rail mode but also via roadways”.

The coal supplies for the non-power sector have been further curtailed from 3.6 LTPD (lakh ton per day) to 2.75 LTPD which will further widen the demand–supply gap and create a huge coal deficit for the industry, said Mishra.

Coal India’s March 17, 2022 ad hoc decision without prior notice, has brought the industry to a standstill and left with no time to devise any mitigation plan to continue sustainable operations, he added.

He further said that the Aluminium Industry, the largest non-power coal consumer and second largest consumer after the power sector, requires uninterrupted quality power supply through in-house CPPs operating round-the-clock throughout the year. The Aluminium industry invested over Rs 50,000 crore to set up CPPs near the coal mine pit heads, which are designed to operate on domestic coal grades from nearby mines. The coal demand for these CPPs cannot be catered with imports, and usage of imported coal is not feasible technically as well as economically. One ton of Aluminium production requires 14,500 units of continuous power, which is 15 times in comparison to Steel (1000 units / MT) and 145 times as required for Cement (100 units / MT). There is no alternative means to meet this intense power demand, as the State DISCOM’s network is also unable to cater to the high power requirement.

The power requirement of Aluminium Smelters based in Odisha is 6000 MW, which is almost double the average power load of the entire State of Odisha, said the UCCI President, while stating that adequate coal supply to Aluminium industry would reduce power import from IEX (Indian Energy Exchange Limited) and reduce dependency on Power Grid, thereby bringing down the power costs at IEX for other consumers also.

“CPP based industries are highly dependent on uninterrupted coal supplies which is vital for sustainable operations and cost-competitiveness of power intensive industries vis-à-vis global players. Any production curtailment by this sector will have cascading effect on consumption and downstream supply chain, resulting in increased prices of finished products and burden on end consumers, thereby adversely impacting the nation’s GDP growth,” said Mishra while seeking the intervention of the State and Union Government to normalize the situation with immediate resumption of coal and rakes supply for highly power intensive Aluminium industry CPPs.

He also suggested earmarking at least 25-30 coal rakes per day and also to enhance coal supplies through roadways for economically viable and sustainable industry operations.