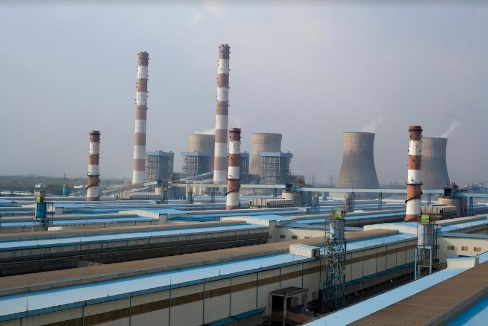 Vedanta Aluminium, India’s largest producer of aluminium has declared that its largest aluminium smelter has substantially reduced its GHG, or greenhouse gas emissions intensity (carbon footprint), by around 12 per cent in FY22 over theprevious fiscal, while increasing production volume by 20 per cent.

On World Environment Day, Vedanta Aluminium committed to reduce GHG emissions intensity by 25 per cent by 2030, over FY21 baseline, as part of its climate action endeavours.

Historically, Vedanta Aluminium has reduced its GHG emissions intensity by 21 per cent in the 2012-21 period, while almost tripling its production in the same period.

Vedanta Aluminium has deployed a multi-pronged approach for combating climate change. This includes operating plants at high levels of operational efficiencies, increasing quantum of renewables in energy mix, and transitioning to cleaner fuels from fossil fuels. As a testimony to its climate action initiatives, Vedanta Aluminium is the first from India to launch low carbon ‘green’ aluminium, branded Restora, whose carbon footprint is nearly half of the global threshold of 4 tonnes of CO2 equivalent per tonne of aluminium for low carbon aluminium. Vedanta Aluminium is India’s largest consumer of renewable energy, at 3 billion units in FY22. The company has signed a Power Delivery Agreement for 380 MW of renewable energy for its aluminium smelters. It has commissioned India’s largest industrial electric fleet of 27 forklifts powered by lithium-ion batteries. It has expanded its existing carbon sink with plantation of 4 lakh more saplings in FY22.

The Company has created 9 rainwater harvesting infrastructures in last fiscal alone, having a combined water saving potential of 194 million litres.

Speaking about Vedanta Aluminium’s approach to sustainable development, Vedanta Aluminium Business CEO Rahul Sharma said: “Being India’s largest producers of aluminium, we firmly believe in our role as climate action stewards while being industry leaders. We have set ambitious targets for ourselves on our road to Net Zero Carbon by 2050, with the first milestone being 25 per cent reduction in GHG emissions intensity by 2030. We have adopted a 360-degree approach to sustainable development, which includes products, processes, technology, policy and partnerships. We believe our actions will help build a net-zero climate-resilient business, while creating virtuous circles of sustainable growth, jobs and opportunities, for us, our stakeholders, the nation and world at large.”

The past year has seen Vedanta Aluminium increase its focus significantly in the areas of carbon reduction, renewable energy, biodiversity, air, water, waste management and communities.

For instance, the company has signed several MoUs with India’s leading technology institutes for extracting residual value out of industrial by-products like fly-ash and bauxite-residue, as well as establishing circular economy avenues for their utilisation.