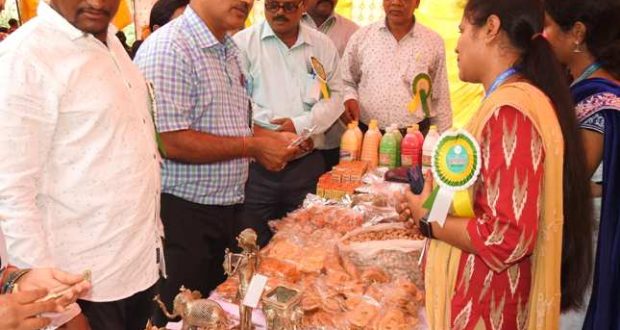 Commencing operations in 2016, the Shaktimayee Foundation is now an enthusiastic group of nearly 4000 women entrepreneurs across the districts of Kalahandi and Rayagada. Formed under Vedanta’s Project Sakhi, an initiative to empower women through skill training and livelihood generation opportunities, the group has helped spark social transformation through its member network. It focuses on helping its members establish market linkages to promote and sell their products, while guiding them in accessing social security services and institutional credit resources. Their efforts help promote social and financial inclusion, livelihood generation, and enterprise promotion.

Commending the members of Shaktimayee Foundation, Vedanta Limited Deputy CEO (Alumina Business) GG Pal said, “Through the Vedanta Sakhi Project, we are expanding the income creation avenues available to women in Lanjigarh and its surrounding areas, in line with the UN Sustainable Development Goals of Gender Equality, Reduced Inequalities, Decent Work & Economic Growth, and Sustainable Communities. By helping rural women in establishing themselves as income generators within their own households and shared neighbourhoods, Vedanta Lanjigarh enables them to become equal stakeholders in the development of their communities.”

“Building a sustainable ecosystem for women entrepreneurs to thrive, and enabling them with the diverse tools to succeed, is the key to creating self-sustaining rural communities. Initiatives such as Vedanta Sakhi greatly reinvigorate the pace of socio-economic activity and growth in rural areas, enabling them to be identified as independent job creators rather than merely labour sources for urban areas,” said Maheshwar Das, District Development Manager – NABARD, Kalahandi while lauding Vedanta’s initiatives.

Shaktimayee Foundation President Jasoda Behera also expressed her gratitude, saying “Our members comprise of hardworking women who only need the right opportunities to demonstrate their infinite capabilities. The ability to earn an independent income and contribute to their family’s socio-economic wellbeing is an enormous confidence booster. Vedanta, with its consistent commitment to empowering our members with lasting skills over the past six years, has demonstrated great dedication to the sustainable wellbeing of rural women.”

Vedanta Lanjigarh’s developmental interventions are aimed at improving the quality of life of local communities. Together, they help positively impact the lives of over 25,000 people in Lanjigarh and its surrounding areas. Vedanta Lanjigarh’s women-focused initiatives have helped drive the socio-economic transformation of the areas surrounding its operations. One such initiative, Vedanta Nand Ghar, reimagines Anganwadis as community hubs for women and child development, and is creating new avenues and growth opportunities for community members through comprehensive skill development programs and livelihood training sessions.

Vedanta Aluminium, a business of Vedanta Limited, is India’s largest producer of aluminium, manufacturing half of India’s aluminium i.e., 2.26 million tonnes in FY22. It is a leader in value-added aluminium products that find critical applications in core industries. Vedanta Aluminium ranks 4th in the Dow Jones Sustainability Index (DJSI) 2021 world rankings for aluminium industry, a reflection of its sustainable development practices. The company operates a 2 MTPA (million tonnes per annum) capacity alumina refinery at Lanjigarh in Kalahandi district of Odisha since 2007 and an associated 75 MW captive power plant. With its world-class aluminium smelters, alumina refinery and power plants in India, the company fulfils its mission of spurring emerging applications of aluminium as the ‘Metal of the Future’ for a greener tomorrow.